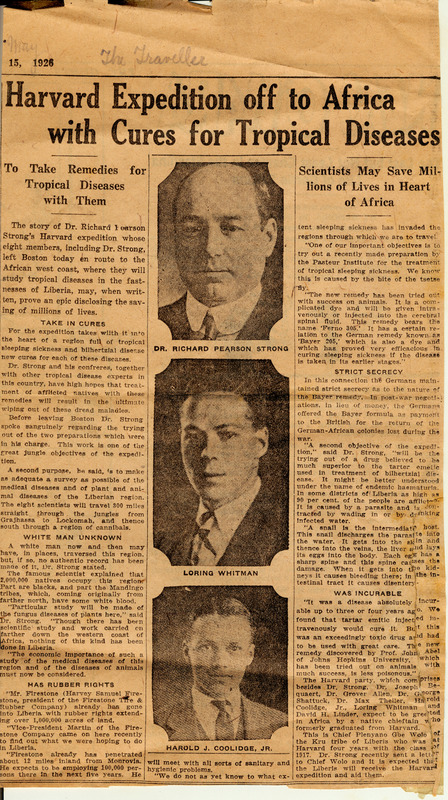 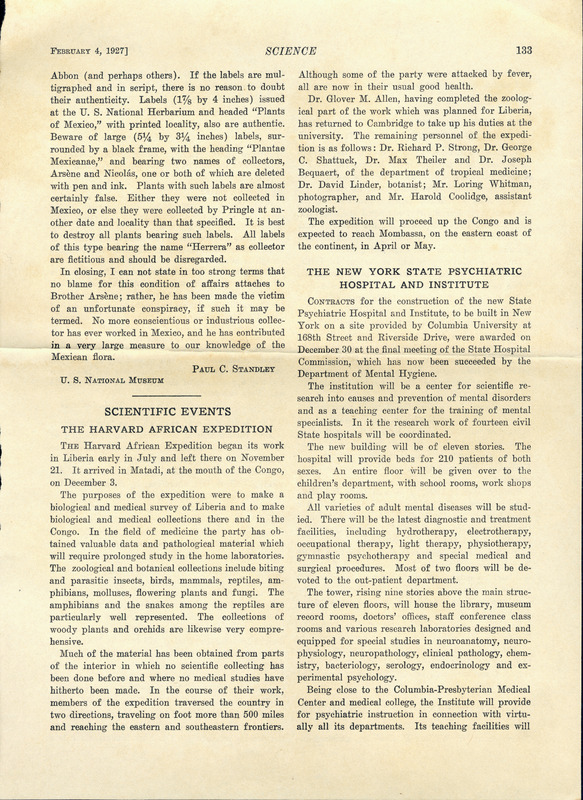 Throughout the spring of 1926, publications ranging from Science, the New York Times, Harvard Alumni Bulletin, and The Boston Medical and Surgical Journal announced the intent of Dr. Richard Strong to lead a medical school expedition to Liberia and the Belgian Congo to study tropical diseases.  The party consisted of Dr. Strong; Dr. Joseph Bequaert, an entomologist; Dr. Grover Allen and Harold Coolidge, two zoologists; Dr. George Shattuck, a bacteriologist; Max Theiler, a clinician; David H. Linder, a botanist, and Loring Whitman, a Harvard medical student and photographer. The Harford Traveler reported that the expedition “may, when written, prove an epic disclosing the saving of millions of lives.” The main stated purpose of the expedition across news sources was primarily the study of “fungus diseases of plants” and the “treatment of afflicted natives…result[ing] in the ultimate wiping out of these dreaded maladies [sleeping sickness and bilhertzial disease]."

A secondary, though less publicized, purpose was rooted firmly in Firestone Tire and Rubber Company’s vested interests in Liberia. At the time of the expedition in 1926 Firestone Company held “rubber rights extending over 1,000,000 acres of land” and had expectations of “employing 100,000 persons there [on the rubber plantations] in the next five years”. Two key concerns for Firestone were likely plant funguses, which could destroy rubber trees and cash crops, and tropical diseases, which plagued current and potential rubber plantation laborers.  When the expedition’s stated purposes are viewed through the lens of Firestone’s economic needs, the two entities interests and concerns become quickly intertwined. Only one of the 9 news publications found on A Liberian Journey mentions the “economic importance of such a study of the medical diseases of this region and of the diseases of animals.” All of the publications report funding and oversight as being provided by Dr. George Shattuck and Harvard University. A review of the Expedition’s materials reveals Firestone Company’s constant and substantial assistance to the Expedition while traveling within Liberia and ongoing financial support of the 1926 Harvard African Expedition. 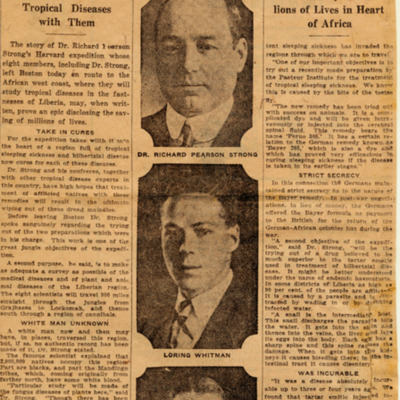 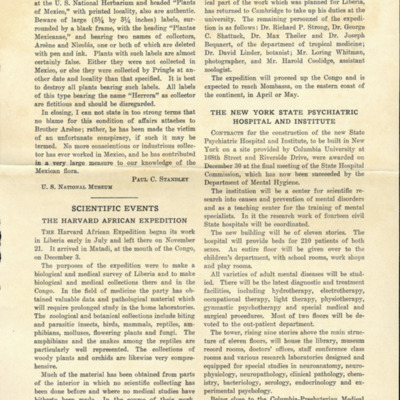 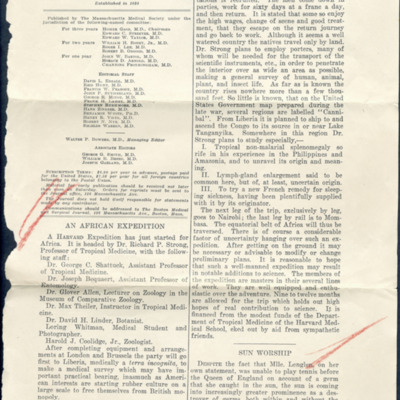 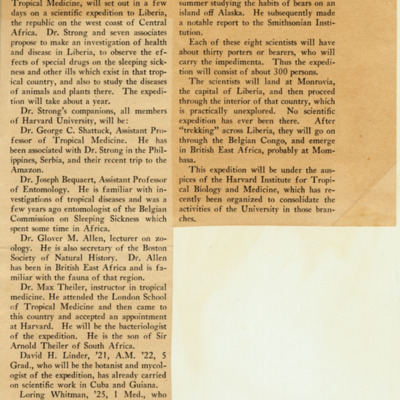 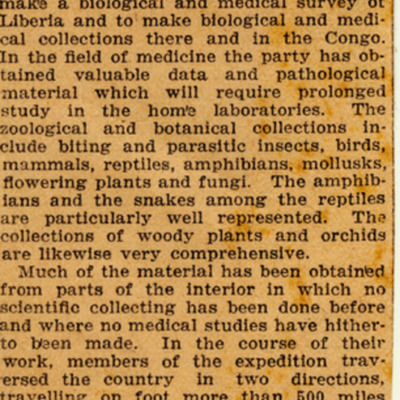 Harvard African expedition: Expected to reach Mombassa, on East coast, in April or May 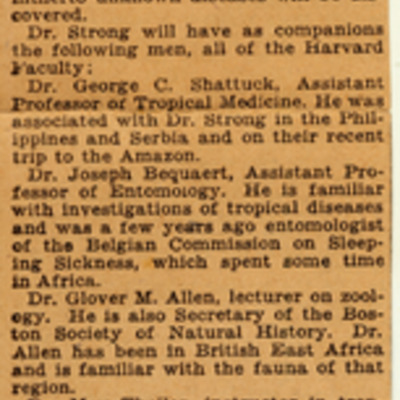 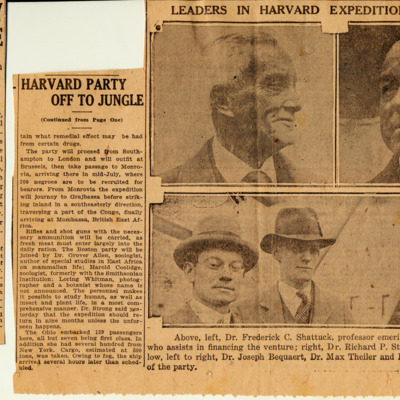 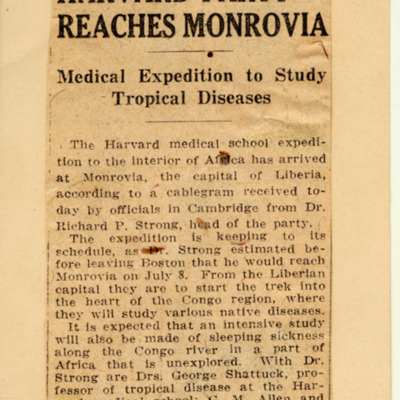