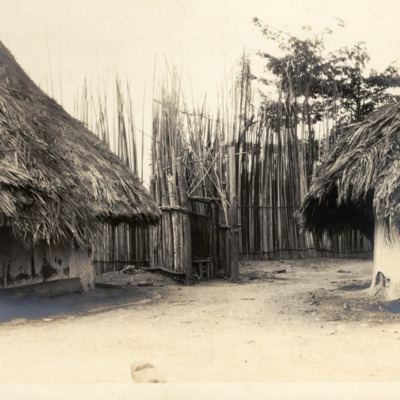 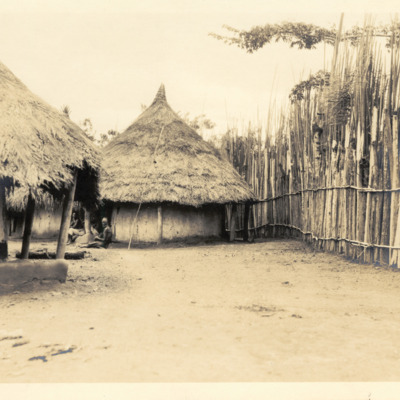 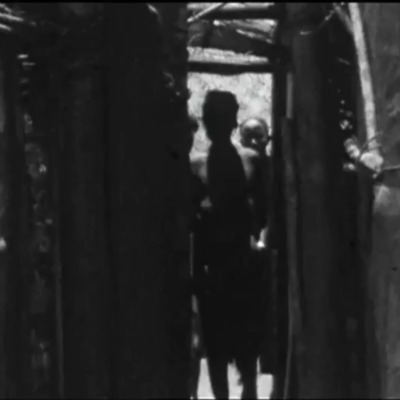 The fences and fortifications in Suah Koko observed by the Harvard expedition members tell a story of internecine conflicts. The hut of a chief like Chief Suakoko had to be fenced, which offered protection. In the late 19th and early 20th centuries, the Liberian government pursued a policy of pacifying the hinterlands.  Aided by the creation of the Liberian Frontier Force in 1908, this conquest of the interior was met with resistance by a series of revolts among the Grebo, Kru, Gola-Gbandi, and Joquelle Kpelle peoples. Weary of war, Chief Suah Koko negotiated with the Liberian government to bring peace to her people and region.

“She has barricaded herself on the edge of the town in an enclosure containing four huts and surrounded by a stockade about twenty feet high, formed by driving into the ground closely placed rough stakes or trunks of trees. The most striking thing is the entrance to the stockade with double doors of a single slab of a tree separated by a hall only just wide enough for one man to squeeze through. We are told that during the war her people engaged in with the government troops she barricaded herself in this enclosure.”

“Later I went into Sua Kokos stockade – made out of tall – 12 ft – thin poles stuck into the ground very close together. The entrance consisted of a narrow passage similarly made with a heavy door at each end. It – the passage – projected out from the wall like a snout while the doors were like this <Drawing of door> of very heavy and thick wood. When I went there there was just barely room for my shoulders and I had to stoop over – all of which goes to show that this part of the country has only recently been included by the govt.”